What do I do when I have spilled wine, coffee, soda on my Apple Macbook, Lenovo Thinkpad, Dell laptop or HP computer?

What do I do when I have spilled wine, coffee, soda on my Apple Macbook, Lenovo Thinkpad, Dell laptop or HP computer? In this article, I will try to describe what happens when you have a spill.  How different models of laptops are better or worse for spills.  And what you should do if you […]

Can laptop hinges be replaced / fixed?

Can laptop hinges be replaced / fixed?  The simple answer is yes.  Sometimes laptops fall and the hinges are broken.  We do repairs for a local police department.  Sometimes officers get in their car and swing the shotgun to attach it behind their seat.  Unfortunately sometimes they knock the lid completely off the base.  We […]

Lenovo ThinkPad laptops, formerly IBM ThinkPad, are very well built machines. On these units, the DC Jack is a separate component from the motherboard. On most laptops, the DC power jack is soldered to the motherboard. Replacing it requires de-soldering the old part, installing the new part, and soldering it. On ThinkPad machines, the jack […]

We are asked all the time if a laptop warranty covers LCD repairs. Laptop LCD screens are indeed covered from manufacturer defects. If your screen is cracked, the manufacturer is not going to cover the unit’s repair. Some manufacturers offer a special accidental breakage warranty- these are few and far between and sold at an […] 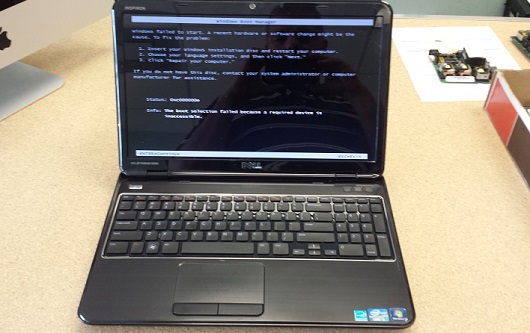 On a daily basis we get in anywhere from 1 – 6 machines with a defective hard drive. To test for a bad hard drive we use Hitachi’s Drive Fitness Test. This has been the best test we have found to discover is a hard drive contains bad sectors or not. We should note that […] 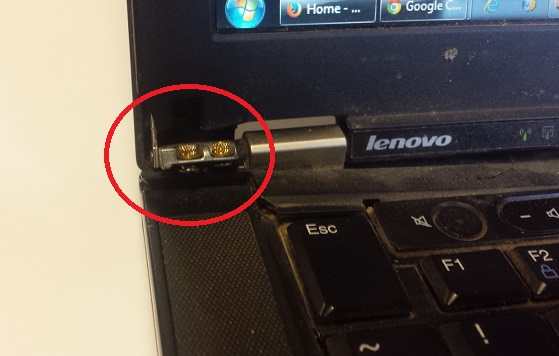 We repair all sorts of notebook computers. The ThinkPad laptops have always been one of our favorite machines to repair, especially the ThinkPad T series. There are ThinkPad slimline notebooks, or more specifically, the X series. But today let’s go over the “slim” models of the T series. The T series ThinkPads started with the […] 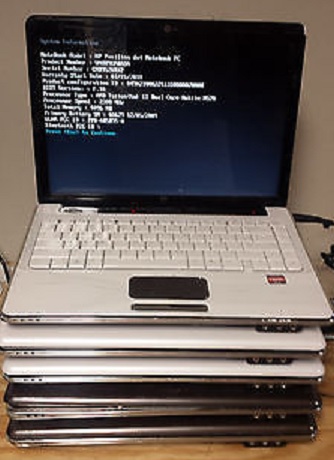 The HP Pavilion series has kept us very busy here, especially in the last 7 years. The DV4 model line is no exception. About the HP Pavilion DV4 These are a great little machine – when they are working. They are slick looking, have a nice keyboard, bright screen, and are zippy for most every […]

North Carolina State University students needing laptop repair have several options. First of all, if you have a laptop that is under warranty, check about your repair with NCSU’s OIT walk-in center at 101 West Dunn Building. If your laptop is out of warranty or not covered under a warranty and you need it repaired, […]

Appalachian State students have access to ASU’s computer purchasing program. ASU services many of the machines that they sell. Some students opt to bring their own machine to ASU. If you need a hard to find part or have a laptop that you need repaired while you’re on break and reside near us please give […]

Duke University students have access to Duke’s computer purchasing program. Computers purchased through this program can optionally get “Duke Computer Care Coverage”. Duke Computer Care Coverage covers nearly everything from cracked screens to liquid damage on the motherboard. Repeated abuse and damage under this program is NOT covered. We have had Duke University students bring […]

As of 2013 Meredith College has discontinued their laptop program. Laptops they were recently letting students use include the ThinkPad T430, 420, and X220. Their warranty covered everything from physically damaged LCDs to spill damaged motherboards. If you are a Meredith College student and have a damaged laptop you will want to get it repaired […]

While there are still plenty of laptops on the market that cost a small fortune and will always need repair, there have been many low cost laptops entering the market. Netbooks, phablets, and Chrombooks, oh my.   Microsoft announced not long ago that it would be working with its partners to release ultra low cost […]