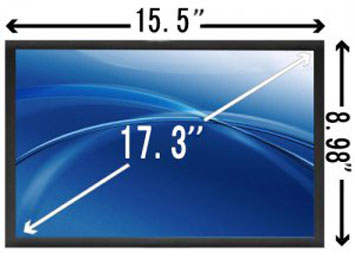 The HP Pavillion G series includes models such as 17-G103DX, also known as part number P1A79UA, or HP 17-G192DX (model V0Q01UA).Almost all HP G series laptops use the same 17.3″ screen. This model has an LCD screen which is fairly easy to replace. If you have cracked your HP’s LCD panel you may want to […]

The HP Envy laptop line is a series we frequently get in for LCD screen replacement. Overall these units aren’t too bad. Many of HP laptops in the Envy line use use the Intel i5 processor. Of course, any laptop is susceptible to a broken screen. Screens are made of glass and do crack. Most […]

We have had multiple HP 2000 laptops coming in recently with a 90B Fan Error message. Unfortunately, on the last several machines that have come through, we have determined that the motherboard is defective. Things that may fix other HPs: Replace the processor fan Update the BIOS 99% of the time when a laptop displays […]

The HP Pavilion series has kept us very busy here, especially in the last 7 years. The DV4 model line is no exception. About the HP Pavilion DV4 These are a great little machine – when they are working. They are slick looking, have a nice keyboard, bright screen, and are zippy for most every […]

USCPSC Recall # 14-262 was just announced. Millions of AC power cables are being recalled. From the CPSC website: “This recall involves Hewlett-Packard’s LS-15 AC power cord. The power cords were distributed with HP and Compaq notebook and mini notebook computers and with AC adapter-powered accessories such as docking stations. The power cords are black […]

Google and HP are recalling the original charger sold with the HP Chromebook 11 prior to December 1, 2013, after receiving a small number of user reports that some chargers included with the device were damaged due to overheating during use. Customers should visit http://chromebook.com/hp11chargerform to request a free replacement charger. Complete FAQ from HP […]

The HP Pavillion DV6 models come in with heat issues all of the time. At this point we are getting multiple units in every week. People mail them in or drive them in to our Cary location. What are the symptoms of a bad HP DV6 Fan? When a DV6 is experiencing heat or fan […]

Looking for a gleddc5003ald111? As of right now, this cable is very hard to find. There does not seem to be a true HP P/N available for it. We can tell you that this is a DV5 WSXGA LCD cable. Hope this helps in your search!

We now have solutions for laptops that used LTN160AT01 LCD panels…..

We will soon have permanent solutions for HP and Toshiba laptops which use the (now in short supply) LTN160AT01 LCD Panel…..

…..if you have one of the affected models and this lawsuit covers your unit, it is time to submit your information here (read more)…..

…Many of the Dell, HP & Apple laptops we repaired for video issues in the past will be eligible for a partial or full reimbursement from Nvidia via the class action settlement… (Read more)